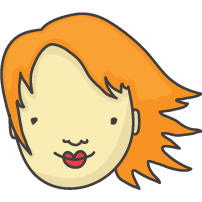 Most people want whiter teeth, but many would like to try at-home methods that use natural ingredients. One such safe ingredient that is readily available is hydrogen peroxide. Below is how you can use hydrogen peroxide in the privacy and comfort of your own home in order to whiten teeth:

The importance of using fresh product

For at-home whitening using hydrogen peroxide, it is important to use it while still fresh. Hydrogen peroxide is unstable and will break down into ordinary water as its oxygen molecules escape. The release of oxygen is responsible for the bleaching effect, so you want to keep hydrogen peroxide stable until you use it.

To make sure you use still-potent hydrogen peroxide on your teeth, buy it from a reliable source that frequently turns over their stock. In addition, once a bottle is opened, keep it refrigerated with its cap tightly sealed. In all circumstances, throw out opened bottles that are older than a month, as the natural breakdown of the product will render it ineffective.

How to apply hydrogen peroxide to your teeth

While hydrogen peroxide can be applied in a number of ways to your teeth, such as mixing it with some type of abrasive compound and using it during brushing, it is effective when simply used as a whitening mouthwash. Here is how to make and use a hydrogen peroxide-based whitening rinse:

1. Pour one-half cup of fresh, three-percent hydrogen peroxide into a clean drinking glass. Avoid using plastic cups, as the hydrogen peroxide may begin to release oxygen molecules when it comes into contact with the plastic.

2. Add one-quarter cup of cool tap water into the cup and gently stir the water to mix it into the hydrogen peroxide. Do not vigorously stir the solution, or you will accelerate the breakdown process inside the glass.

3. Take a sip of the hydrogen peroxide solution and fill your mouth; be sure not to take too much, as you don't want to choke or gag.

4. Swish the hydrogen peroxide mixture vigorously inside your mouth for one minute, then spit it into a sink or toilet. If you accidentally swallow a tiny amount, don't worry about it harming you; however, don't drink the solution as it can irritate your esophagus and digestive system.

5. Repeat the process of sipping, swishing and spitting until you have used all the solution in the glass.

6. If desired, you may perform hydrogen peroxide rinses daily, but stop using it if you experience pain, swelling or burning inside your mouth.